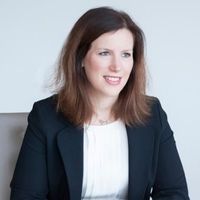 Earlier this month the High Court ruled in favour of retail landlord Commerz Real (joint owner of Westfield London) ordering tenant, TFS Stores to pay more than £160,000 in outstanding rent and service charge arrears. This decision was swiftly followed by another against retail and leisure chains Frasers Group, Mecca Bingo and Cineworld, all of whom were ordered to pay up without the need for full trial.

In what can only be considered a dark year for retail in general, you may feel that adding greater pressure onto already struggling retail tenants is not particularly fair. However, even the largest and most financially robust of landlords have seen profits fall and losses mount over the last few months. Government legislation brought in last year to prevent evictions and the use of other standard remedies has led to mounting debts and continued delay to what may be inevitable lease termination/ forfeiture.

The most notable point about these recent cases was not who won, but the way in which the landlord was able to achieve a successful outcome.

TFS had set out grounds for defending their claim, including that the claim was issued prematurely contrary to the 'Code of Practice for Commercial Property Relationships During the Covid-19 Pandemic' and that it was a means of circumventing measures put in place to prevent forfeiture, winding up and recovery using CRAR, amounting to Commerz exploiting a “loophole” in the restrictions placed on the recovery of rent put in place by the government.

But, ruling that Commerz was entitled to summary judgment, Chief Master Marsh said: “As part of the measures taken to protect the economy, the government has placed restrictions upon some, but not all, remedies that are open to landlords. There is no legal restriction placed upon a landlord bringing a claim for rents and seeking judgment upon that claim.”

I am sure we will now see many more landlords applying for summary judgement as a method to attempt to clear arrears.

Westfield London’s owners have won a ruling that The Fragrance Shop must cough up over £160,000 in unpaid rent and service charge accrued during the pandemic.

A further blow to bricks and mortar retail but it is not over yet!
Jane Reyersbach

Is Proptech about to come of age?
Jane Reyersbach

Sustainability remains on the agenda despite Covid challenges
Jane Reyersbach