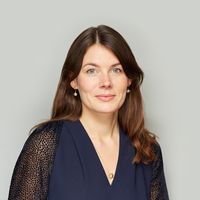 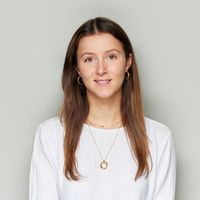 2022 has seen the cost of living rise at its fastest rate for 30 years with consumer prices, as measured by the Consumer Price Index, being 6.2% higher in February 2022 than the year prior. Significantly, inflation (9% in May 2022) is drastically outpacing the rise in income, meaning that households across the UK are certainly "feeling the pinch".

The impact in the rising cost of living on working parents

As household budgets are stretched across the UK, expensive childcare for many couples is no longer a viable source of extra support. Two recent major surveys of 27,000 parents saw two-thirds of participants specifying that they are paying as much or more for their childcare than for their rent or mortgage. What is more, almost half (43%) of the participating working mothers were considering leaving their jobs and 40% were working fewer hours than they would have preferred because childcare fees are unaffordable. This year is therefore seeing a growing trend of the partner to a marriage who has a lesser income or works fewer hours, giving up their career to cover childcare needs. So what impact might this situation have on the financial claims within divorce proceedings for the party that has given up their career as part of a joint decision during the marriage?

The principle of "compensation"

The principle of compensation emerged following the judgments of the two joined cases of Miller/McFarlane [2006] UKHL 24; [2006] 2 AC 618. Here it was held that the party to a marriage who has given up a lucrative career could be entitled to be "compensated" for the loss. Baroness Hale in her speech called this principle "compensation for relationship-generated disadvantage." In the past, there have not been many successful claims for compensation with the principle proving to be a high hurdle to overcome, however in the current economic climate and a potential influx of such claims, will this principle see a growth in its success rate?

What is needed for a case to pass the hurdle of "compensation"?

In the recent case of RC v JC [2020] EWHC 466 (Fam), a claim on the basis of compensation was successfully argued by the wife, who was awarded an additional lump sum beyond her needs. The judge awarded the wife £400,000 in relation to her having given up the opportunity she had had to become a partner at her law firm so that her husband's own career as a solicitor could take priority.

The judge further outlined that "compensation" cases are exceptional and in this case it succeeded because:

2022 has seen an enormous increase in the cost of living that is outpacing the rise in wages. This has meant that within marriages, an increasing number of parents have made the difficult decision to stop working to take care of children if their job does not justify childcare costs or it simply makes no practical sense to continue working. This may lead to a rise in the number of individuals who legitimately seek to argue for "compensation" to obtain a greater income award. There is no guarantee, however, that they will be successful and this highlights the need for individuals to reflect upon how the decisions they make during a happy marriage may affect them in the future were they to go through a divorce. Covid jabs - in the best interests of the child?
Alexandra Hirst

Looking at marriage while we can't get married
Alexandra Hirst

Will the "Shecession" lead to a rise in maintenance claims on divorce?
Alexandra Hirst
Recent posts from Boodle Hatfield